CSR TIMES is an exclusive monthly English magazine on Corporate Social Responsibility. This is an initiative of 'First Step Foundation' - an NGO that is working since 2005 towards the cause of society.

The objective of CSR TIMES is to provide a platform for the Corporate Houses, NGOs, Foundations, etc al to showcase their CSR activities so that the good work that they are doing for the society should not remain confined to their internal newsletters. CSR TIMES covers news, interviews, information, facts, figures, and much more on CSR. If the readers feedback is to be trusted, CSR Times has already become a niche magazine on the subject. Presently, CSR TIMES is reaching the top management in Indian and Multinationals, Corporate Houses, PSUs, Government Agencies, Ministries, NGOs, Foundations, etc. 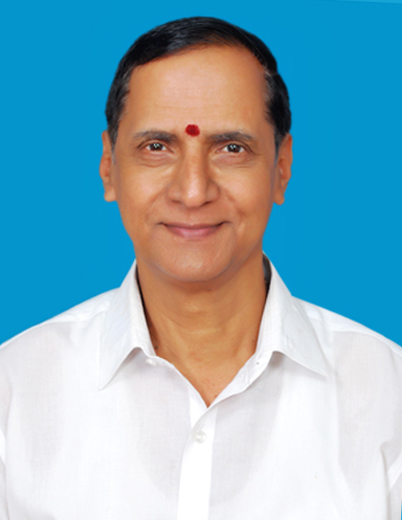 S. SREEDHAR - A LIFE DEDICATED TO THE FIVE ELEMENTS!

His story reminds me of the book -- "The Monk who sold his Ferarri" by Robin Sharma. Keeping his status quo at bay, S. Sreedhar, former Vice President - Operations, India Infoline Ltd. dedicates his life to carry out funerals for the abandoned bodies (with no claims). His story is a great inspiration for scores whose hearts long unrelentingly for social service.

We generally here stories about numerous individual doing social service selflessly yet their operational areas are common educational healthcare, financial assistance, philanthropy etc al. One rarely here someone thinking beyond these common interest areas. But this jinx was broken when off late CSR Times encountered a person who landed up in a terrain which doesn't interest most.

This is a story of S. Sreedhar, who liberated himself from the corporate shackles (leaving a well paid job in 2013) , to rise above the meterialism and serve humanity in some way on his part. It wasn't in his dreams until he came across book in 1985. While reading the 3rd volume DeivaththinKural, 2nd edition with a mind already spiitually oriented by benign kindness of Kavi Yogi Maharishi Shuddandha Bharathi, that life came to a halt for him, as if Paramacharya Shri Chandra Sekharandra Saraswathy ( a senior Potiff of the Kanchi Kama koti Mutt) is speaking one on one to Sreedhar. He says "page 211 took complete control of my psyche and I stopped reading it further". This turned as a turning point in his life and his entire being as well coloured in the hues of the teachings of Paramacharya. What directed Sreedhar on the human path was this. The Paramacharya says, " The human body is a gift of almighty in which the five elements are unified and life bestowed. When life departs, It is imperative, that the body is conveyed back to the Giver, by returning the components parts to the five elements from where the assimilation came. This conveying can be done either through cremation or through burial, performed in a proper manner. This is entirely our responsibility, the responsibility of living, failing which we incur the displeasure of the elements".

Failing to restrain himself from meeting His Holiness, Sreedhar immediately rushed to see the Paramacharya in person and submitted his resolve to carry out his mandate. This was the inception for him on his new journey in life, as if it was the birth of a new life, a new S.Sreedhar. Alike countless others, his childhood was as normal as it could be, but when it comes to social service his mother is one of the greatest inspirational sources for him." My mother used to feed whoever came to our home, give clothes to the needy," he shares. Now one must be wondering what service does he perform for society? He carries out funerals for the unclaimed and abandoned bodies. In the process of carrying out funerals, his allies are a group of 30 IT professionals in the age group of 25-35. The nature of his regime is twofold. The team collects bodies from either old age homes or hospitals. The old age homes in Chennai keeps the team in loop about any old age demise and Sreedhar's team immediately transports the body in a dedicated van from there to the nearest burial/cremation ground. Thereafter all the last rites are performed with due respect which cost him and his team Rs 1500 per body.

His other part of the regime includes collecting unclaimed bodies from various hospitals, which is done after a call once in a month from police. The work is carried out on Sundays only as most of the team members are working professionals. Now it may surprise you that the team consists of even young ladies. Basis the ideology of the Paramacharya (no discrimination on any basis), prayers are offered in all languages while the funerals are being carried out. The entire process, from collecting the bodies from the hospitals to the burial venue, and arranging the other necessities for the burial, costs Rs 800 per body. As the social work grew in its scale and multitude, Sreedhar directed his energies to establish Anatha Pretha Kainkarya Trust (a Public Charitable Trust) on July 5, 2001. The Trust also inherits the lineage of carrying out the last rites for the unclaimed and dead people. But moving a step ahead, the trust also extends financial support to needy individuals, who want to give a decent burial to their dead but have no financial wherewithal to carry out their desire. While asked how the financial aspect of the trust and its activities is taken care, the servant to humanity shares:-Knowing about ourwork, the general public and philanthropists support us through donation." Digging deep into his life, we came to an understanding that it gives Sreedhar a great solace and builds an inner strength in him to do anything required for the good of all, is what is the driving force behind his selfless service to a domain of humanity for the last 29 years where nobody pays heed. In the endeavour, he has successfully carried the last rites for 1443 dead people. On the other hand, his initial professional life was quite challenging and an increasing need and the growing institutional support and likeminded people's encouragement led Sreedhar to become a fullfledged social worker and he volunteered to take a pre -mature retirement from his services as Vice President - Operations at I I FL on July, 1,2013.What made him think this way is that he wanted to completely dedicate his life in the domain, where no other responsibility may bother him. His efforts didn't stop here and the coming times were to expand its reach to a further extensive service, hence another trust - Parobhakar Trust was born on August 30, 2013. Sreedhar joined hands with some of the likeminded people and laid the foundation of this trust. With the meaning "helping others", the trust aims at bridging the gap between CSR funds, philanthropic donors and the suffering and struggling NGOs and individuals. "Our Trust will provide assistance and support in the functioning of NGOs who have undertaken service projects in the society and help them fulfill their objectives. It will undertake A to Z service activities from the new born baby to cremation," says the social worker. Sreedhar and his team's operational areas are limited to Chennai only at the moment, yet he is more than willing to expand the outreach of the trust's services by reaching out to people in the same domain who are serving humanity at large. Feeling a greater need of such initiatives, he shares that once the number of volunteers will rise and donations will pour in increasingly, they can move ahead with a much more extensive service regime. His life is a story of awakening to one's mission in life, to fulfill the task for what he had been chosen. The rest while corporate guy follows the pure asceticism of the Maha Periyava (whom he considers as his role model). In his own words he says, "It inspires in me ideals of the extinction of the self and propels me to perform seva unmindful of rewards." Bringing the conversation to a close he said, The Society has given so much to us, every human being should reciprocate to the society in whatever way he can, or else the life of such people will remain unattended and incomplete." Alike him, people should pay heed to such critical yet unattended issues of the society so as not to leave any area unattended and make an inclusive protective ring.