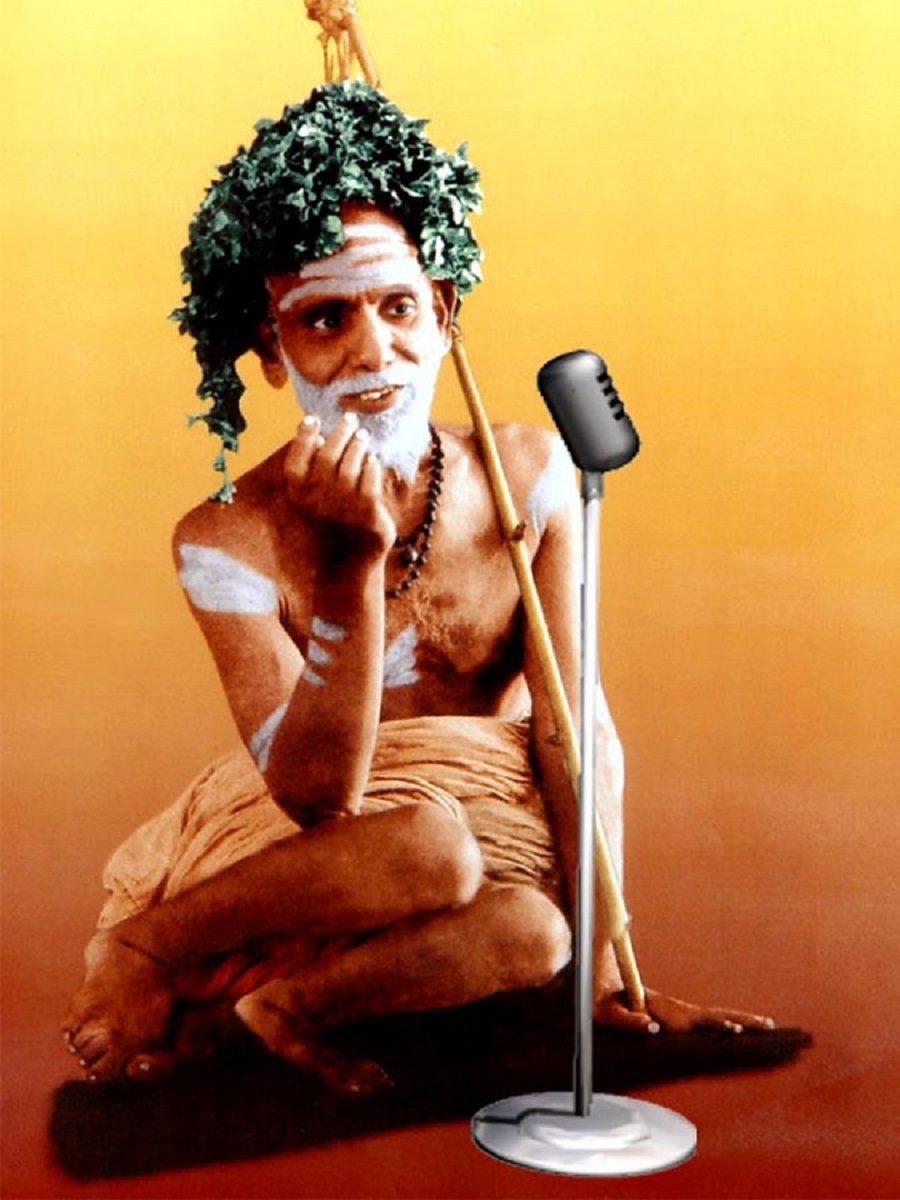 As envisioned by the Mahaswami of Kanchi Kamakoti Peetham
in his discourse on Anatha Pretha Kainkarya
(excerpts from Raa. Ganapathi's "Voice of the God" volume - 3)

"When we are related, we perform the last rites somehow or the other. There may be flaws in how we do. But we do not totally avoid doing it. Even when we stop doing Amavasya tharpanam, srardam and all that, even atheist Hindus, following their culture, do not fail to do the pretha samskaras (final rites) to the deceased, cremate or bury.

Alright, what about those who do not have any relatives? What happens to their bodies, the machines created by God? Sastras declare that the society has to organize the last rites for such people.

It is painful state of affairs among Hindus in this regard. Even though now things are organized here and there after my repeated appeals, this is not enough. Previously I used to be very upset. Then, when an orphan Hindu died in a hospital or in the middle of the road, there was no arrangement to perform any last rite for him. Even now it is so in many places. Hospitals do a postmortem, just for the sake of formality and bury the bodies or the municipality or Panchayat buries the bodies. It is a sin, a flaw to the society when it fails to do the last rites according to the codes prescribed in sastras.

Other religious organizations have made proper arrangement in this matter. So they are not affected by the sin of not offering the dead body to God according to their religious code of discipline.

Hindu society, which has no binding of any sort alone, is being affected by this great sin. Unlike other powerful religious organisations, who is there for our Hindu society? What is the use of me being a Guru and running an establishment with all your money? I am unable to make arrangements for a Hindu orphan corpse to be cremated according to Hindu sastras. But because I am holding the position of a Guru, I am aware that I have more responsibility towards this. All I can do is to really feel sad about the state of affairs of Hindu society. I can talk to the best of my ability, to those of you whom I think will care about what I say.

Leave alone the subject of "orphan corpse". Hindu society itself is an orphan. Now it has become my prime responsibility to consecrate our society and enliven it.

I had asked for an organization -"jeevatma kainkarya sangam" (a Hindu organization for performing services to people) to be started in each and every place. It has been started in many places. It is functioning very well in Kumbakonam especially. This noble service has taken a deep root to the extent that the hospital and municipality authorities themselves contact this organization whenever there is an orphan body to be disposed.

Even if there is no separate organization for this, the prayer groups or the singers group, along with their weekly and general services should include cremation of orphan bodies as part of their services. Instead of treating this as just another service, they should give this a high priority understanding the importance and greatness of this service.

When I was talking about service to others, I asked you if it is possible for all of us to perform Aswamedha? Then I asked why should we do Aswamedha? "Hayametha samarchitha". This is one of Mother's names - "One who is worshipped by Aswamedha". I gave you the answer that Aswamedha is done to obtain Her total Grace. But, today in this age of kali, it is impossible to perform an aswamedha, which prescribes rigorous disciplinary measures. I asked you what could be done for this. Sastras proclaim that any other service to humanity is equal to performing aswamedha. I also told you that the complete grace of Mother Goddess could be obtained by doing such a service. Then I was talking about various services. But I have not mentioned about any service that can give the result equivalent to that of aswamedha. Cremating an orphan body is the highest of such services. It is said in sastras "Anatha pretha samskarath aswamedha phalam labeth". While doing this service to another person (para - upakara) we not only negate our sin but also gain result.

A doctor mentioned, there is an advantage in acquiring unclaimed bodies. We do a post-mortem and utilize the parts of the body for the purpose of experiments. These parts are helpful aids in teaching anatomy in medical colleges and medical exhibitions. If they are taken away by your service organizations, how can medical science improve? I replied that may be doctors should donate their bodies for such postmortem. Even if this is faulty according to sastras, we can assume that the willingness of this voluntary sacrifice counteracts the ill effect. I have said earlier that one can counter balance the ill effects of his doings in his profession by some way of sacrifice in the same profession. This is one step above all, where one not only helps others with his profession while living, but also gives himself to his own learning after dying.

Other religious organizations make sure that the orphan bodies of their community are disposed according to their religion. By making proper arrangements, we must avoid the shame that Hindu orphan bodies alone are buried by the government servants without any rites".

In conclusion, we can do no better than focus the attention of the public on the sayings of the Kanchi Mahaswami, decades ago on the significance and importance of this activity amidst us.